There are a lot of different reasons for you to buy a wearable spy camera. A wearable hidden camera can be put on your coat or your shirt, anywhere on your body, so that you can capture everything you see and hear.

Perhaps you’re in a meeting and you want to record all of the details discussed. Maybe you want to confront someone and you want evidence of what you discuss. In all these cases, a wearable spy camera can be a blessing.

In addition to spy activities, you can also use a wearable camera for blogging purposes. These cameras have a really good video quality, so you can use them to record travel footage, vlogs, etc.

Whatever, your purpose may be, there are a lot of different wearable cameras to choose from. To help make the choice easy for you, we’ve written this article.

In this article, we give you a detailed overview of the 10 best wearable spy cameras in the market. We’ve personally used and vetted these cameras to ensure that they’re deserving of this Top 10 spot. 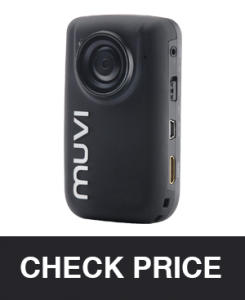 The Veho Mini Handsfree Action Cam is one of the best wearable camera in the market. It can be mounted on a helmet, worn on a piece of clothing, used with a body clip, or simply placed on a tripod. It weighs just 8 ounces so you hardly feel like you have it on you.

When you’re using a wearable spy camera, it’s crucial that the device shouldn’t draw attention to itself and it shouldn’t weigh much. Lucky for you, the Veho Mini Handsfree Action Cam can easily be concealed in a coat pocket and it’s light enough that you don’t feel it. Furthermore, it’s reasonable and records videos in extremely high quality. 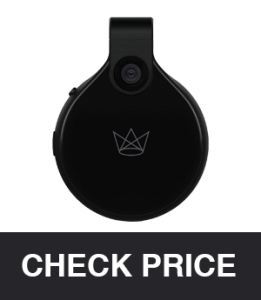 The Front Row FR Wearable Lifestyle Camera is the most aesthetically pleasing wearable spy camera in the market. It’s shaped into a little oval with an insignia of a crown at the front, and it’s available in two colors – Black and Rose Gold. However, this isn’t just a pretty face. It also comes with some really impressive features.

How to Wear the Front Row FR Wearable Lifestyle Camera?

It can be worn in three distinct styles:

Clip MountLanyardMulti-Wear Connector
As a clip mount, you can use the stand to make it stand flat, use it to clip onto a piece of clothing, or magnetically attach it to a metallic item on your person.
A lanyard can be attached to the top of the camera so you can wear it like a pendant around your neck.
This can be used to connect the device to your existing necklace.

When you wear a spy camera, you don’t just want it to merge with your outfit, you also want it to look good. And that’s why this wearable spy camera makes for such a great accessory. You can wear it around your neck and most people will just assume it’s a cool piece of jewelry even though it will be recording all the events.

The CEESC Body Worn Camera is our Best Value pick for the best wearable spy cameras in the market. This is actually the body camera used by a lot of law enforcement officers so that their movements can be tracked and recorded. As such, it’s the most professional device in this list. However, it’s still more reasonable than most other wearable cameras.

Do you want to use a wearable camera that’s used by professionals and law-enforcement officers around the world? Then CEESC Body Worn Camera is the ideal option for you. In keeping with its professional status, it has some of the most advanced and robust features in the market. 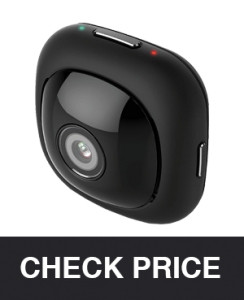 The E Tronic Edge Wearable Body Cam is ideally meant to be placed on your back so that you always have eyes on the back of your head. It’s one of the most reliable devices in the market because it has been featured in reputable outlets such as FOX, NBC, ABC & CBS. It’s extremely discreet and small at just 7.4 ounces.

How to use E Tronic Edge Wearable Body Cam?

Even though this wearable camera is meant to be placed on your back, it can be used however you like. The following are some cool methods in which you can use it: 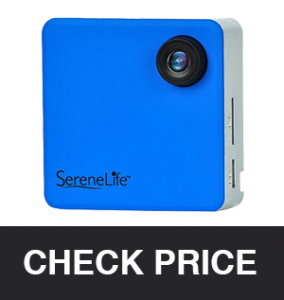 The SereneLife Clip-on Wearable Camera is the cheapest wearable spy camera in this list, which is why it’s our “Budget Pick”. If you want to be able to spy on others discreetly by wearing a spy camera, and you don’t need advanced features, this is the ideal option for you. This is also one of the lightest devices in the market, weighing less than 2 ounces, so it feels just like a button on your coat! 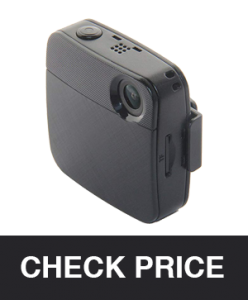 Weighing just 0.8 ounces, the WOLFCOM Capture Wearable Body Camera is the lightest wearable spy camera in the market. It can be easily clipped on to your shirt sleeves or coat pockets, or mounted on a device. 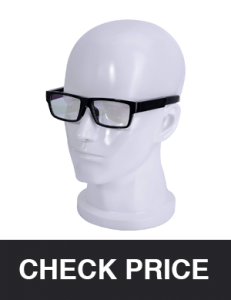 The ViView Hidden Wearable Camera Glasses are the most discreet wearable spy cameras in the market. They look like ordinary spectacles so no one will suspect that you’re recording something or that it’s a camera. They’re ideal for spying on people and gathering evidence. 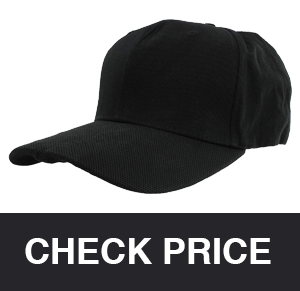 If you want to gather surveillance footage, this is a great means of doing so because it looks like you’re simply wearing a hat.

The biggest drawback of this device is that you can’t wear it high-end meetings and events in which a cap isn’t suitable. 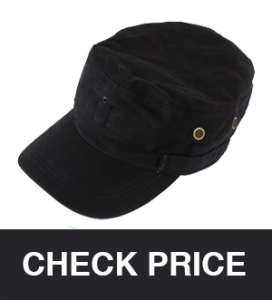 Like the previous spy camera, the MDTEK Wearable mini WIFI Spy Hat Camera is also a wearable camera cap. However, it’s designed slightly differently with engravings on it. It’s a fashionable cap that you can wear for regular surveillance at parks, schools, and parties, etc. However, you can’t use it in areas that require a strict formal dress code such as galas and official meetings. 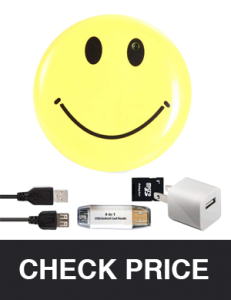 The Smiley Face Body Wearable Camera is an extremely attractive and innocuous wearable camera. It’s basically a badge that you can clip on to your shirt or t-shirt.

However, one of the eyes has a little camera hole in it. Because the lens looks black, it merges well with the black of the eyes, making it completely invisible. Like the caps mentioned earlier, it’s not suitable for classy parties and suit-and-tie events.

In fact, it will only be suitable in casual parties and specific events in which a smiley badge won’t stick out.

So now you know all about the best wearable spy cameras in the market. As you can see, it is extremely easy to spy on someone. There are gadgets that allow you to spy on people in bathrooms, to spy through peepholes, through clocks, and a number of other means. In fact, it’s so easy that you should probably invest in a hidden camera detector yourself to make sure someone isn’t spying on YOU!

Using a wearable spy camera is one of the most efficient means of spying because you have complete control over it. In this article, we’ve given you a look at some of the best wearable spy cameras in the market. Some of them – like the caps, smiley badge, and glasses – are extremely discreet. And some of them are more obvious. However, they all serve their unique purposes.

Finally, the choice comes down to what YOUR individual needs are. Why do YOU need a wearable video camera? If you have any other questions regarding that, feel free to mention it in the comments and I’ll be sure to get back to you with a response!