Hidden car cameras are essential for taxis, public transportations, and people who drive Uber or Lyft. However, they can also provide to be essential for everyone else.

If some accident happens, a hidden car camera can help clear out who was responsible for the accident and offer you leverage. If you’re a parent, you can also use a spy camera for car as an opportunity to observe how your kids drive when you’re not looking. Are they careful and safe?

Regardless of what your purpose may be, a hidden car surveillance camera can be pretty beneficial for you. But with so many different cameras to choose from, the search can be difficult.

In this article, we’ve given you an overview of the 10 Best Hidden Car Cameras in the market. All the products in this list have been used by our team and vetted by surveillance experts and security firms. 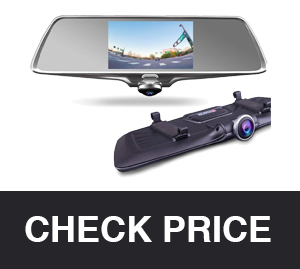 The Provision-ISR Hidden Interior Mirror Camera for Cars is our Editor’s Pick for the best hidden car cameras with audio. It has a dual camera, an interior and an exterior one. Both the camera lenses are located on the rearview mirror.

The interior camera is located on top of the mirror and looks just like a part of the mirror, so it can discreetly record the activities within the car without anyone finding out.

The exterior camera lens is placed behind the rearview mirror and looks out at the road ahead. It also has an inbuilt stereo and microphone.

However, this car camera is quite expensive so it’s not accessible for everyone.

The best aspect of the Provision-ISR Hidden Interior Mirror Camera for Cars is that it has a dual camera. The exterior camera is plainly visible and it records everything that’s happening outside. However, the interior camera is extremely discreet and merges with the mirror itself so your passengers don’t know they’re being recorded.

Furthermore, the G-Sensor feature is extremely useful in case of collisions and accidents. It protects the videos so that you can later use it as evidence for insurance claims and settlements.

The only issue with this amazing hidden car camera is that it’s quite expensive so it can’t be afforded by people from all economic backgrounds. However, it’s a valuable asset for all Uber and Lyft drivers. 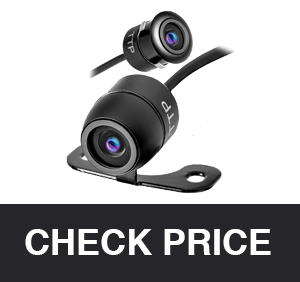 The TOPTIERPRO Mini Backup Car Camera is our Budget Pick for the best hidden cameras in the market because it’s one of the cheapest products that also packs some impressive features.

It’s a rearview backup camera that comes with bracket mounting and flushes mounting features. The camera can be reversed so it can either capture images from the back or the front of the car. It’s also extremely easy to install and operate.

TOPTIERPRO Mini Backup Car Camera isn’t the most advanced camera in the market. It doesn’t have G-Sensors or Motion Detection features. However, it’s also the cheapest hidden camera car and it still comes with Night Vision and a wide-angle lens, making it extremely efficient and accessible by just about anyone out there. That makes it a stunning product for lower budget individuals. 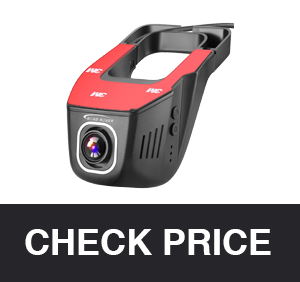 The RoadRover Mini Hidden Car Camera is our Best Value pick for the best hidden car cameras. Even though it’s quite cheap and accessible to lower budget brackets, it still has an impressive range of features for advanced surveillance needs.

This car camera is connected to the car so there’s no need for a battery that constantly runs out of charge. It starts up the moment the car is turned on and turns off along with the car.

RoadRover Mini Hidden Car Camera is one of my personal favorite car cameras. It records videos in extremely sharp clarity and has a range of impressive features like motion detection and G-sensors. It can also be controlled remotely via an app! However, all of these features and qualities come at an extremely reasonable cost. 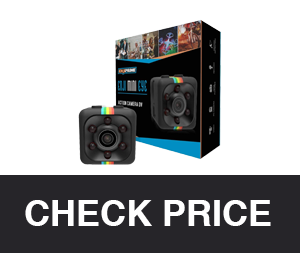 Enji Prime Hidden Spy Camera for Car is one of the smallest hidden car cameras in the market. To be perfectly fair, it’s not specifically meant for cars.

It’s just an extremely versatile spy camera that can be used anywhere at all, including in cars. It looks like a 1 cubic inch black dice weighing just about 0.6 ounces.

Due to the small size, it can be rendered basically invisible. It’s also magnetic so you can attach it to any metallic surface on the dashboard or elsewhere.

Furthermore, it’s also very cheap and has a great set of features. This spy camera also featured in our list of the Best Outdoor Hidden Security Cameras with Night Vision. 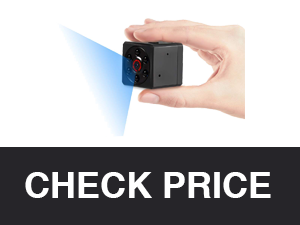 RayCue Mini Spy Camera for Car is extremely similar to the Enji car camera in terms of features and aesthetics. This is also not primarily meant to be a spy camera for cars.

However, its discreet size and features render it useful anyway. It’s a small cubic inch black magnetic dice that can be attached anywhere and it starts recording videos discreetly. 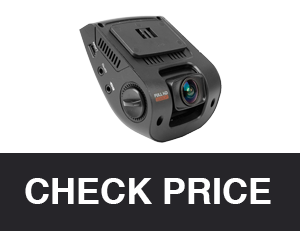 Rexing V1 Car Dash Cam is a mini spy camera similar to the RayCue and Enji cameras mentioned above. It’s a cheap and small 1 cubic inch black metallic dice that can be attached to the dashboard so it can record everything. 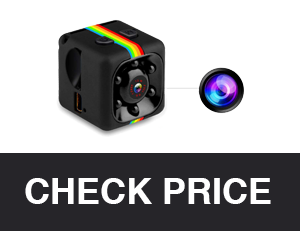 MrLi Spy Camera for Car Surveillance is an extremely portable spy camera for cars. It’s a tiny black dice that can be attached to any surface due to its magnetic properties.

It also comes with a mounting frame so you can place it anywhere and position it for the perfect recording angle. It’s one of the smallest spy cameras with a dimension of 0.8×0.8×0.8 inches. 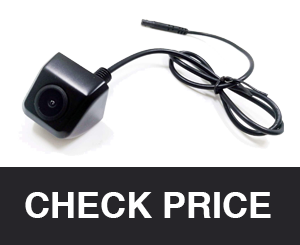 The device is helpful in recording rearview videos, and it has a waterproof rating of IP68 so it can withstand different atmospheric conditions.

However, it doesn’t have any other features such as Night Vision, Motion Detection, etc. 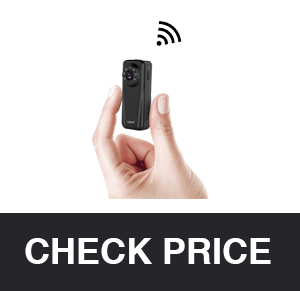 Mini IP Camera Hidden Camera for Car records 1080p videos with a 140 degree wide-angle lens. It comes with 2 clips that you can use to attach it to any surface on the car that provides undisturbed visibility.

Has 7 infrared LED lights that provide visibility of up to 16 feet in complete darkness.

It supports an SD card of up to 64GB and has an internal lithium rechargeable battery of 650mAh power that provides 1.5 hours of video recording capacity.

ENKLOV Mini Hidden Spy Camera for Car records 1080p videos at 30 frames per second with a 130 degree wide-angle lens. It has 8 no-ray infrared lenses that can provide up to 26 feet of visibility in the dark. It’s also WiFi compatible so you can download an app and then you can see live footage of all the camera.

The videos are also recorded the moment some motion is detected and you get to see the push notification and the footage.

It supports an SD card of up to 64GB.

So now you know all about the best spy cameras for cars. My personal recommendation would be to go for one of the Top 3 hidden car cameras. They are designed specifically for car surveillance and thus they come with the very important G-Sensor feature which can ensure that if there’s a collision all your footage will be safe.

However, the other non-car specific cameras are also great for use in car dashboards and they provide a range of incredible features at a low price point.

Whichever product you finally decide to use, do let us know about it down in the comments section!