When it comes to hidden wearable spy cameras, there are a lot of options to choose from. Some people go for spy glasses, but that’s only useful for people who already wear spectacles. Some choose to go with caps, but they can’t be worn to formal events.

One of the best hidden body cameras in the market – one that can be worn by anyone AND anywhere – is a button spy camera.

As the name suggests, a button camera can be hidden within your coat or shirt button. It’s small and discreet so no one will suspect it and you can wear it literally anywhere – formal events, casual gatherings, etc.

However, there are so many different types of button cameras in the market that the search can be overwhelming. That’s why we’ve compiled this list of the top 10 best button cameras!

All the products in this list have been thoroughly vetted by our expert surveillance team, and we’ve also consulted reputable security firms.

So read on to learn about the best shirt button cameras in the world! 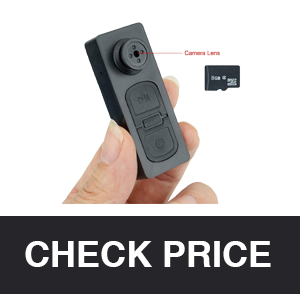 The Elite ETSPY Mini Pocket Button Hidden Spy Camera is our Editor’s Pick for the best hidden button cameras in the market. It has an extremely sleek appearance, is easy-to-use, cheap, and so ordinary looking that you can wear it with any outfit.

The camera lens is located in the center of the button. The button itself is surrounded by a little remote with which you can play/pause recording or reset the device with the click of a single button.

It is recommended that you put the entire device in your coat or shirt pocket, and then squeeze the button through the button-slit in your pocket. It will appear like it’s just a regular button, but you’ll be able to record with it.

Meanwhile, if you want to control it, you just have to reach out to your pocket and discreetly press on the right button through the shirt fabric.

I’ll admit that the Elite ETSPY Mini Pocket Button Hidden Spy Camera is pretty basic when it comes to features. It doesn’t have Night Vision mode, it’s not compatible with a phone app, and the video resolution isn’t high definition.

However, I would still say that this is the best hidden cameras. That’s because when you’re using a wearable button camera, you should focus on how discreet it is and how easy to use. With this product, it just looks like an ordinary button so it raises no suspicion, and operating it is as easy as raising your hands to your pocket and gently pressing the button through your shirt fabric!

If you want a button camera for spying, you can’t do better than this. 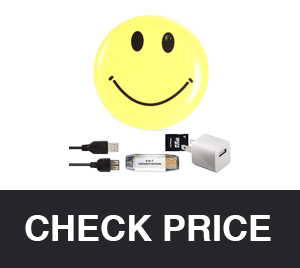 MVOWIZON Spy Cam with Mini Smile Face Button Pins is a cute wearable button pin. It looks like a smiley face and thecamera lens is hidden in one of the black eyes.

As such, it’s completely discreet and no one will ever suspect a smiley button of being a surveillance device.

You can wear it to parties, informal events, and workplaces that don’t follow a strict dress code.

MVOWIZON Spy Cam with Mini Smile Face Button Pins is a fairly simple hidden button camera in terms of features and recording quality. However, the reason it’s positioned in #2 is because it’s extremely discreet and no one would ever suspect it of being a spy camera. The only real issue is that you can’t wear it for formal gatherings and meetings. For that, you’ll need something like the Elite ETSPY Mini Pocket Button Hidden Spy Camera mentioned earlier. 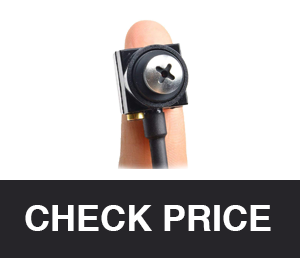 The TPEKKA Mini Hidden Button Screw Camera is our Budget Pick for the best button spy cameras in 2018. It’s a small button camera that weighs just 4.2 ounces and looks like a little screw. You can attach it in anyone’s house or office and discreetly spy on them.

The TPEKKA Mini Hidden Button Screw Camera is the cheapest button spy camera in the market. It comes in at #3 in this list because it can record clear high definition videos at an extremely low price point and can be used by anyone at all. However, if you need advanced features or have more money to spare, you can buy a more advanced product instead.

It also featured in our list of Best Mini Spy Cameras for Bathrooms. 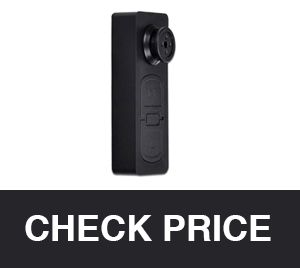 Triple A Mini T-Shirt Button Hidden Camera looks and works similarly to Elite ETSPY Mini Pocket Button Hidden Spy Camera. It’s a tiny button attached to a remote that you can slip through the button-slit in your pockets and then use the Play or Reset buttons to control the recording. 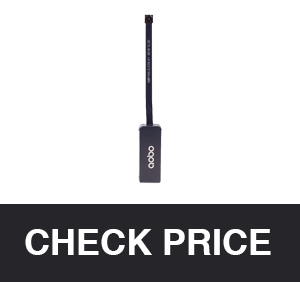 The AOBO Mini Spy Cam with Buttons has the smallest lens in the world. You get 8 different button styles with this camera. So you can select the button that most suits your shirts and coats and then sew them on. You can configure it to the WiFi and then control the camera via the mobile app. 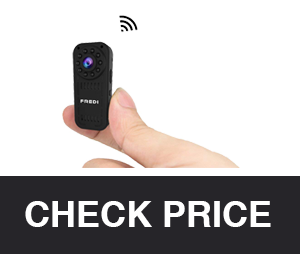 The FREDI Hidden Camera 1080p HD is one of the few mini button spy cameras that allow you to record videos in Full 1080p HD quality. In addition to that, it also has some great features and is cheap.

The only reason it features so low in this list is because it’s a fairly new device, isn’t very reliable, and has no customer reviews. As such, buying it is a gamble. You might be lucky and get an awesome product, or you might land up with crap.

It also looks more like a tiny remote than an actual button. You can slip it into your pocket and then reach out to it by digging your hands in and control it when necessary. However, it’s not as convenient and discreet as some of the other button spy cameras in this list. 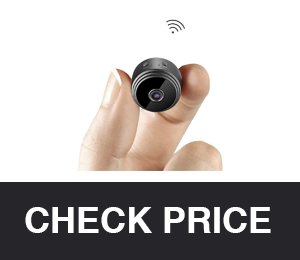 The aobo Mini Spy Camera WiFi is a spherical button camera with some pretty great features. It’s sleek in design and looks like a button in shape. However, at 7 ounces and 5.6 x 3.6 x 1.7 inches, it’s probably the biggest button in the world. As such, even though you can wear it on your coat, it won’t look extremely natural. The lens is also quite visible. However, if you don’t need it for spying purposes, it’s a great recording device. This device also features in our list of the Best Night Vision Spy Cameras in 2018. 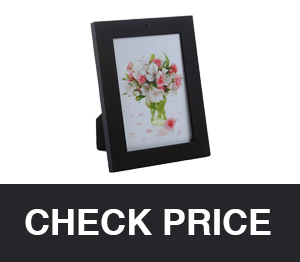 KEQI Full HD 1080p Button Camera is technically a button camera. However, the button is attached to a large picture frame. As such, you can’t wear it on your sleeve, but it’s still pretty discreet and hidden in plain sight. You can place it in your bedroom if you want to catch anyone who tries to break in. Or you can gift it to someone you want to spy on.

It records videos in 480p resolution and pictures in 1280 x 1024 resolution. It has a slot for a T-Flash card of up to 32GB, and it can detect motion and send you alerts.

The Wiseup™ Hidden Camera Button Mini DV Camcorder is a button attached to the end of a stick. As such, you need to slip it into your pocket and push the button through the button slits so it can record videos.

It records videos in 1080p resolution and has a strong enough battery to record 6 hours of footage at a single stretch.

Furthermore, it can also be configured to start recording videos only when motion is detected. 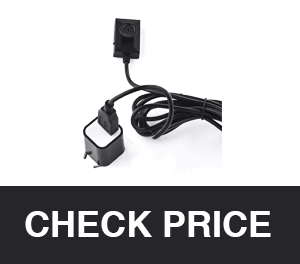 fendakang Button Spy Camera is a mini spy camera that always needs to be hooked to a power source. It looks just like a button and it can be worn on your pocket. However, because it needs to be connected to a power source, it’s not very portable so that defeats the point of it being a button camera. It can record HD videos in 960p resolution, has motion detection sensors, and is also extremely cheap – probably the cheapest button camera in the market. But the fatal design flaw regrading needing to be plugged in lands it in the bottom spot in this list.

All of these devices have been recommended after trying them out personally and consulting with reputable security firms.

If you have any questions regarding which button camera to use, feel free to mention it down in the comments!