USB devices and chargers are inconspicuous. They are small and can be carried around by anyone and anywhere. That’s why USB spy cameras are one of the most discreet forms of hidden cameras in the market.

There are other forms of discreet cameras as well, of course. These may include keychain cameras, pinhole cameras, and even light bulb cameras. All of them serve their purpose. However, USB hidden cameras are some of the most portable and discreet spy cameras out there.

With all the hundreds of options in the market, choosing the right USB camera can be confusing. That’s why we’ve compiled this list of the 10 best USB spy cameras of 2019.

In order to compile this list, we’ve personally tested and vetted dozens of USB spy cameras. We’ve also consulted with surveillance experts and security firms on their recommendations, taking several factors such as budget, resolution, features, etc, into consideration. 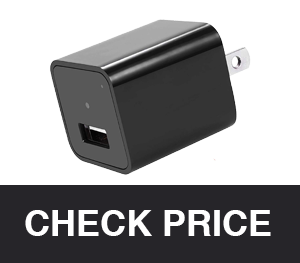 The Duddy-Cam USB Wall Charger with Hidden Spy Camera is our Editor’s Choice for the best USB spy cameras of 2019 for a number of reasons. To start with, it’s fairly priced so it can be bought and used by a wide sect of individuals. The design is simple yet elegant.

The charger is perfectly functional and black in color. The USB port is at the back, and the lens is a little above it. The color of the lens merges with that of the USB charger’s body, rendering it invisible.

You can connect it in a location that offers a clear view of the room. 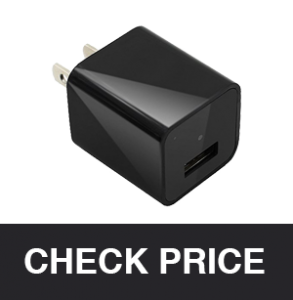 CAMAKT 1080P HD USB Wall Charger Hidden has many of the same qualities and features as the Duddy-Cam USB spy cameras.

However, it’s cheaper and the brand isn’t as well-known, which is why we’ve chosen it as our Budget Pick. It looks like an ordinary USB charger and the lens is located above the USB port and easily merges with the surrounding body.

CAMAKT 1080P HD USB Wall Charger Hidden is an extremely cheap option when it comes to USB spy cameras, which is why we’ve placed it in our #2 position. Because of the cheap price, it’s accessible to a wide range of people. However, the low price point doesn’t mean it sacrifices on either quality of video recorded or the features. 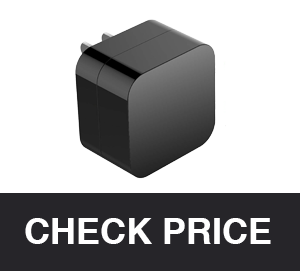 TOGUARD Wireless USB Charger Spy Camera is an extremely efficient Wi-Fi enabled USB camera. As such, you can use this camera remotely as well and you don’t have to retrieve the SD card to watch the footage, you can simply do so from your smart phone. It looks like an ordinary black USB charger and the camera lens is well concealed.

The best aspect of the TOGUARD Wireless USB Charger Spy Camera is that you can use it to monitor your home or office from anywhere in the world. Simply download the app and then you can control the USB spy camera remotely from anywhere, no need to access it physically. 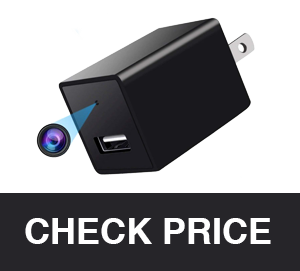 Fifi Spectrum USB Hidden Spy Camera is a powerful and advanced USB camera with a great set of features.

The only reason it doesn’t rank in one of the top 3 positions in this list is because it’s considerably more expensive than other similar USB spy cameras, such as the TOGUARD USB camera. 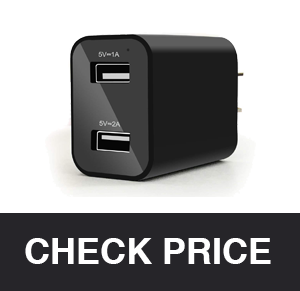 LUOHE Hidden Camera USB Charger is a unique USB spy camera because the charger has two separate ports for USB devices. One of them is rated 5V=1A and the other is 5V=2A. The camera lens is located above the USB ports and is completely discreet. 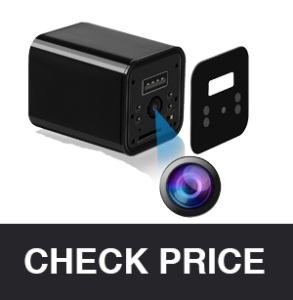 JAKIELAX USB Charger Camera is one of the cheapest USB spy cameras in the market. However, it has all the necessary features for surveillance. 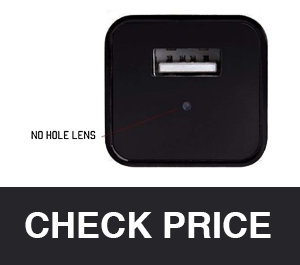 The ICUSB Covert USB Wall Charger Hidden Spy Camera is an extremely basic form of USB spy camera. It doesn’t have many advanced features but it’s efficient for basic video recording. It is also listed in our top 10 spy cameras. 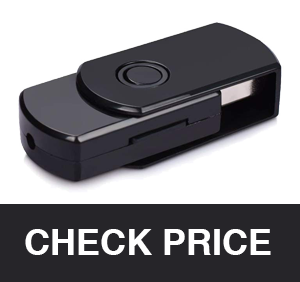 It supports a T-Flash card of up to 32GB and a single button can start recording the videos. 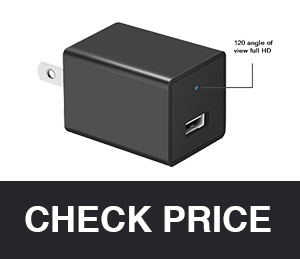 RNT Night Vision Spy Camera Charger is a cheap USB spy camera that can record both 1080p and 720p videos at 30 frames per second. It supports an SD card of up to 32GB and is also Motion Detection enabled so you never miss any vital footage.

The best aspect of this otherwise simple USB camera is that it has a wide-angle lens of 120 degrees so it can capture more of the landscape than most spy cameras. 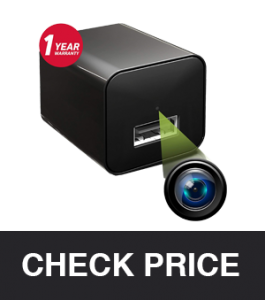 MyEagleEyes USB Charger Camera is a discreet and hidden USB spy camera that records 1080p videos at 30 frames per second.

It looks like a generic charger and the lens is located above the USB port.

However, it doesn’t offer an other features, not even motion detection.

That’s all you need to know about the 10 best USB spy cameras in the market. As you can see, there are a lot of great options out there. However, you should ideally get a USB camera that is WiFi enabled so you can control it remotely, and it should have Motion Detection feature.

If you have any other questions regarding the USB cameras, please mention them down in the comments and we’ll get back to you with a response!