These days, cameras are everywhere, whether you know it or not. Just a few years ago, hidden spy cameras used to be a novelty only used by professional spies and surveillance teams. However, in recent years, they’ve become so commonplace that just about anyone can buy them from Amazon!

However, if you want to spy on someone’s bedroom, then the best option is to buy a hidden camera clock. An alarm clock camera is always placed right next to the bedside. As such, you can gift it to someone and then you’ll always know what they’re doing in their bedroom.

There are a number of uses for a hidden camera alarm clock:

Whatever your need may be, in this article, we’ll give you a detailed overview of the 10 best hidden camera clocks in the market.

These clock cameras have been shortlisted after personally vetting dozens of prospective cameras and in consultation with expert surveillance technicians. So read on to learn about the best hidden camera clocks in the market! 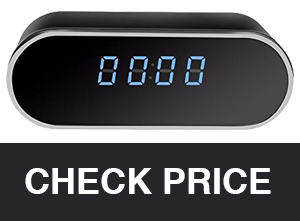 The SandS Scientific Hidden Camera Clock is our Best Value choice for the best hidden camera clocks because it comes with a wide range of impressive features at a very low price point.

This is a wireless alarm clock camera with an SD card that stores all the recorded videos and pictures. You can connect a USB cable to the back of the alarm clock and retrieve all the data whenever you need.

This is my #1 choice for the best hidden camera alarm clocks in the market for the simple fact that it provides you with all the features you could possibly need at an incredibly low price. It can record Full HD videos at night time and through motion detection, and you can control the quality of the video via the mobile app. It doesn’t get any better than that.

If that weren’t all, this is also a really sleek and cool looking alarm clock so you can gift it to someone if you want to spy on them. 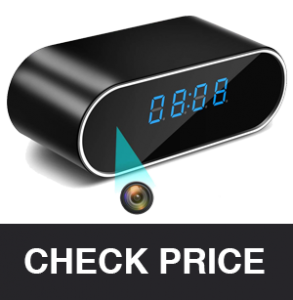 The MCSTREE Hidden Spy Camera in Clock is our Editor’s Pick for the best hidden camera clock in the market because it provides the most reliable service and has stellar features. Like the previous alarm clock camera by SandS Scientific, this spy clock is also wireless and comes with a free mobile app. All the functions of the spy camera, including the USB port, memory card, etc, are available in the back of the alarm clock.

MCSTREE Hidden Spy Camera in Clock has the same features as SandS Scientific Hidden Camera Clock, and they even look the same. However, it’s more expensive than the SandS Scientific product because it’s a more reputable company with a greater number of reviews and respectability.

If budget is an issue, you should go ahead with the SandS Scientific alarm clock. But if not, then you should choose MCSTREE, which is more reliable. 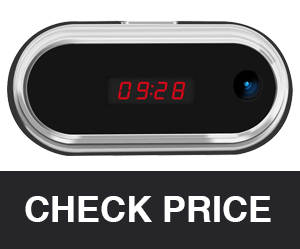 The AISOUL Wi-Fi Hidden Camera Alarm Clock is our Budget Pick for the best hidden camera clocks because it’s the cheapest spy clock in the market and it doesn’t hold back on awesome features either.

The only real issue with this alarm clock camera is the fact that the camera lens is visible on the screen, which makes it less discreet than its competitors such as MCSTREE and SandS Scientific.

I highly recommend this spy clock because it’s the cheapest one in the market and it still packs quite a great number of features. It doesn’t have Night Vision, but that’s not a big loss if you don’t care to monitor the subject’s activities at night.

The only major concern here is that the camera lens is visible. In the previous products – MCSTREE and SandS Scientific – the camera lens was so well concealed that you wouldn’t be able to see it if you were actively looking for it. But the AISOUL Wi-Fi Hidden Camera Alarm Clock has a big camera lens in the display that’s immediately visible, making it less discrete. 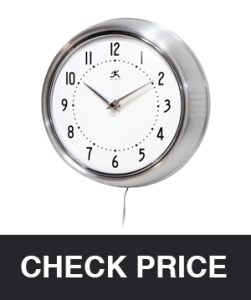 The SCS Enterprises Camera Hidden in a Wall Clock is a wall clock camera, and so it’s more suitable for being able to spy on an entire room rather than just one part of it.

The  previous alarm clock cameras would ideally be placed on the bedside, giving the viewer a closeup look at the events happening around the bed.

However, the SCS Enterprises Camera is hidden in a wall clock so it gives the viewer a complete look at the room. It’s available in three colors – silver, white, and black. 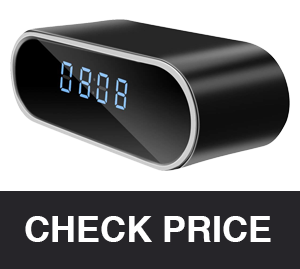 The DareTang Hidden Camera Alarm Clock is similar to the alarm clock cameras mentioned earlier in this article. Like them, it’s a relatively low-cost product that comes with a wide range of features. You can install the mobile app to be able to control the visual output. 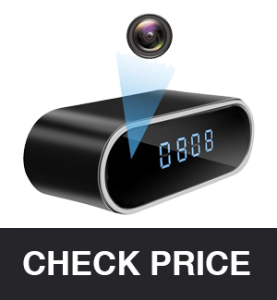 The QUANDU WiFi Hidden Camera Clock is one of the most discreet alarm clock cameras in the market. Its camera lens is so well hidden, it’s impossible to see with the naked eye. 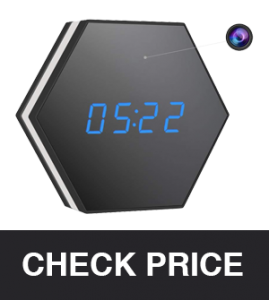 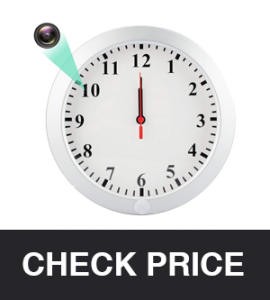 MINGYY Hidden Camera Wall Clock is a wall clock camera similar to SCS Enterprises Camera Hidden in a Wall Clock, but far less expensive. It records videos in 1080p and has Loop Recording functionality so it starts writing over old videos when the SD card runs out of memory.

You can download the iOS or Android app and then wirelessly control it, gain live video feed, etc. This is a great choice for real-time monitoring of a particular room. 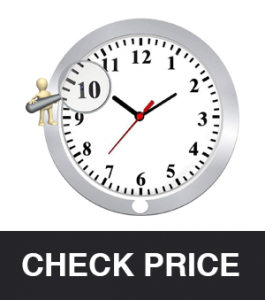 Download the mobile app so you can remotely view everything happening in the room. You can also engage snapshot mode, record videos remotely, or trigger Loop Recording so that new videos are written over older ones. However, you don’t have to continuously monitor the app because the Motion Detection feature can send you an alarm push notification whenever it is triggered.

This alarm clock camera comes with a 1-year warranty and lifetime support. 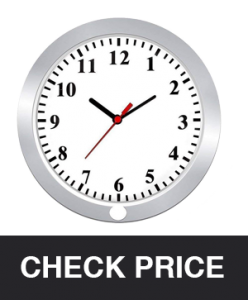 KAMRE Wall Clock Hidden Spy Camera can record 1080 videos at 25 frames per second. The frame rate of the video should ideally be a little higher because at 25 the video might seem a little slow.

The spy camera is hidden within one of the digits in the clock face, which ensures that no one will be able to find it. The battery power is 2700mAh and it can record up to 3 to 5 hours of videos when it’s completely charged.

When the motion detection is triggered, you’ll receive a put notification along with 3 immediate snapshots. As such, if anything suspicious is happening, you’ll know.

So now you know all about the 10 best hidden camera clocks in the market. All of the clocks mentioned in this list come with WiFi and motion detection sensitivity. However, you should go through them carefully to determine which other features – Night Vision, 2-Way Intercom, etc – you need. We’ve given our selection of the Editor’s Pick and the Best Value Pick, but the final decision rests in your hands.

Considering how easy it is to buy and install a hidden spy camer, you might also want to invest in a hidden camera detector and sweep your own home to make sure no one is invading your privacy.

If you have any other questions about alarm clock spy cameras, feel free to mention them down in the comments section. We’d love to hear from you!