These days camera lenses are so small that they can be concealed a variety of different objects such as glasses, keychains, and even smoke detectors. However, one of the smallest and most discreet hidden cameras is a pinhole camera.

A pinhole camera can be secretly planted anywhere in your home, office, etc, and no one will know about it. However, they come in a range of different styles, specifications, features, etc, so the choice might be confusing.

That’s where we come in. In this article, we’ll give you a detailed overview of the 10 best pinhole spy cameras in 2019.

All of these products have been selected after consulting with surveillance experts and reputed security firms. Furthermore, we’ve personally tested dozens of the leading pinhole spy camera kits in the market. 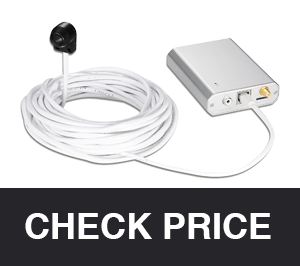 The PHYLINK IP Wireless Mini Pinhole Spy Camera is our Editor’s Pick for the best pinhole spy cameras in 2019. It’s a pretty expensive camera, but it’s all worth it because it also produces the best quality of recordings and has the greatest number of features. It comes in a variety of styles in Black and Silver colors.

This pin camera comes with two pieces — the Sensor Unit for the motion detection, and the Main Unit which is the camera. The two are connected by a 6 meter long cable. As such, you can install the small camera in some discreet location and attach the sensor unit in a wall behind some shelves.

It also comes with a free downloadable iOS and Android app that can be connected via the WiFi, Ethernet, or the Power over Ethernet (PoE).

When it comes to using a pinhole spy camera, you should make sure that you’re buying your product from a reputable company. Phylink is an extremely reputable brand well known in the world of surveillance cameras and security.

Furthermore, the PHYLINK IP Wireless Mini Pinhole Spy Camera offers a discreet and simple means of monitoring your house or spying on anyone remotely from your smart phone. It records extremely clear videos and can detect movements and act on them instantaneously.

The only hitch with this product is that it has two separate units connected by a long chord so hiding it will require a bit of work. Some popular locations for hiding it is a bookcase, a potted plant, fences, etc.

It also featured in our list of Best Mini Spy Cameras for Bathrooms. 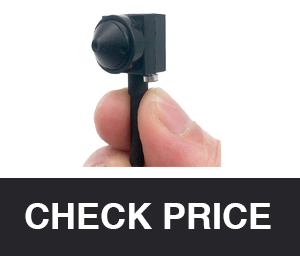 TPEKKA is one of the best spy cams that can be held in your fingertips. It looks just like an earphone bud, except the hole at the end records videos rather than transmitting sound.

The reason we’ve chosen this as our Budget Pick is because it’s the cheapest pin camera in the market, so cheap that just about anyone can afford it.

This TPEKKA Pinhole Spy Hidden Camera is an extremely cheap pin camera and that’s the only reason it has featured in #2 in our list. If you are looking for a range of features then I would suggest you move on. But this product can do the bare minimum of recording quality videos and it’s available at a stunningly low price point, which means it’s accessible to everyone. 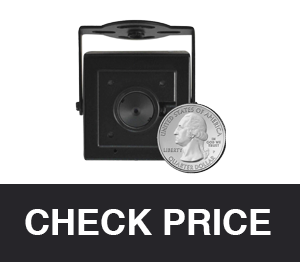 The HDView Spy Hidden Camera 3.7mm Pinhole Lens is our Best Value pick for the best pinhole spy cameras in the market. It’s extremely small in size with dimensions of 1.6” x 1.6“ x 0.9“ and weighing just 4 ounces. And it can record extremely sharp videos even in low lighting and has some great features.

It looks like a little square black box with a camera lens in the middle. The device is small enough that it can be concealed anywhere without drawing a lot of attention to itself.

HDView Spy Hidden Camera 3.7mm Pinhole Lens is one of the few 1080p Full HD pinhole cameras in the market. Furthermore, it’s cheaper than a lot of other pin cameras, earning it a spot in our #3. However, the major issue that customers have with this product is that they have to buy their own power cord.

The CNDST Cctv Hd Mini Spy Pinhole Security Camera is the smallest pinhole camera in the world with a camera head size of just 19mm.

It needs to be connected to a DC 12V 1A Power Adapter. 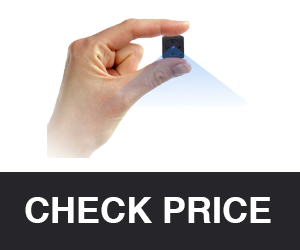 The NIYPS Pinhole Spy Hidden Camera is a 1 cubic inch black metallic dice that weighs just 0.3 ounces. However, despite its tiny size and weight, it’s one of the most multifunctional and powerful pinhole cameras in the world. The only real issue with this is that it runs on a weak battery so it doesn’t make for a great pinhole SPY camera because you need to charge the battery every couple of hours.

This pinhole camera also happens to be magnetic so it can easily be attached to any metallic surface such as a refrigerator, pole, table, etc. It can also be slipped into a potted plant, light bulb fixture, or other discreet locations. 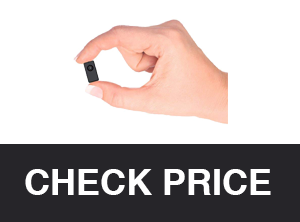 The Fuvision MiNi Pinhole Wireless Spy Camera is a portable pinhole camera that can be worn on your body so you can spy on meetings, events, people, etc. This tiny thumb-sized spy camera weighs just 0.56 ounces.

Like NIYPS Pinhole Spy Hidden Camera, this camera is also extremely advanced and has a wide range of features, but since it can’t be connected to a power source it relies on a battery.

As such, if you decide to plant it in someone’s office or home, you’ll need to keep charging the battery, which makes it unsuitable to be used for longterm spying purposes.

This pinhole camera also featured in our list of Best Hidden Body Cameras. 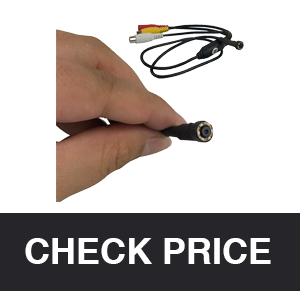 The Vanxse Cctv Mini Spy Security Camera is the cheapest pinhole camera in the world with some basic features that can be used by anyone at all. It looks just like a regular power cord but the end of it has a discreet camera lens. 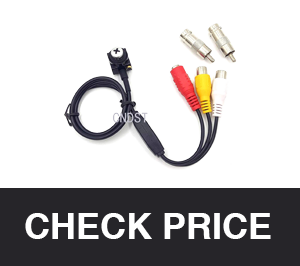 CNDST Mini Spy Pinhole Security Camera looks just like a power cord with a little f3.6mm pinhole screw lens at the end of it. The camera size is just 15 x 15mm.

It records videos in 1000TVL quality with a 90 degree wide-angle lens.

It has to be connected to a DC 12V 1A Power Adapter for 24/7 surveillance. 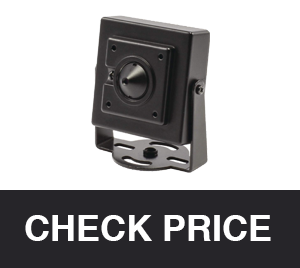 It records 720p videos with a 56 degree angle lens. As such, this is perhaps one of the narrowest fields of vision possible.

It can be connected directly to the TV video-in socket and can be mounted to walls, ceilings, and flat surfaces. 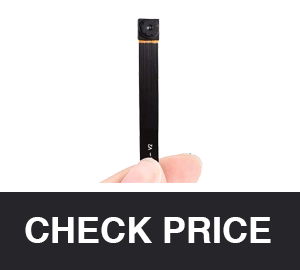 The FULAO Mini Pinhole Hidden Spy Camera is similar to other portable mini spy cameras like Fuvision MiNi Pinhole Wireless Spy Camera. It’s portable and the tiny camera head lies at the end of a stick-like figure. It records 1080p videos and can also trigger Motion Detection and Night Vision.

Furthermore, it has an internal memory space of up to 128GB so it can hold a lot of data. But like the other portable wireless products, this camera also has a limited battery life. As such, it needs to be charged constantly, making it unfit for longterm surveillance.

So now you know all about the 10 best pinhole spy cameras in 2019. As you can see, all of these products have their unique pros and cons.

Some of the devices — PHYLINK, TPEKKA, etc — are connected to a power source so you can install them in someone’s office or home and never have to go back in to recharge it. They’ll keep transmitting information to you via the phone apps.

However, some of the other pinhole cameras — FULAO, NIYPS, etc — record videos into an SD card and run on a lithium rechargeable battery. While these are portable and great to be used as wearable cameras, they can’t offer longterm stationary surveillance.

Finally, you have to decide which of these products is ideal for your needs. If you have any other questions, feel free to mention them down in the comments section.