How to Stop Someone from Spying on My Cell Phone

With the help of spy applications, spying on someone’s phone does not require any special technical expertise. It is quite possible that someone monitors all your phone’s activities as well.

If your phone has recently started to behave in a strange way or you doubt that someone is spying on you, you’re in the right place! 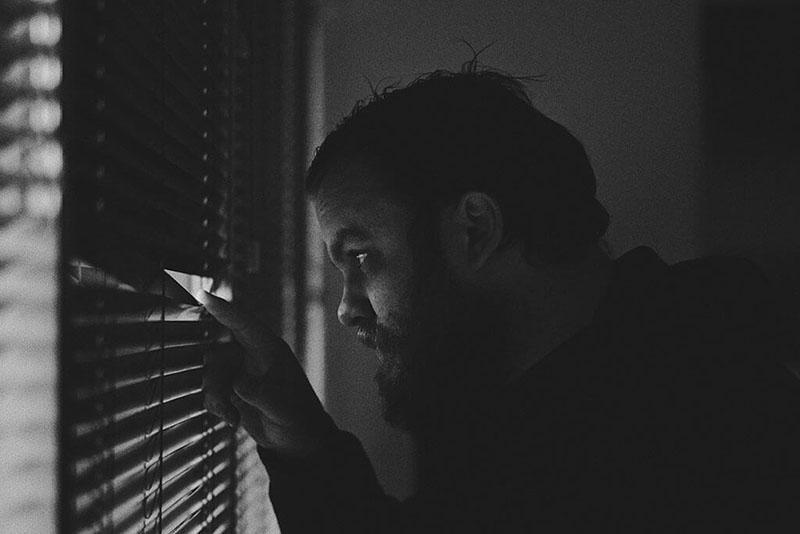 Today, we will look at the signs to detect spyware on the phone. We will also discuss how you can stop someone from spying on your phone. Further, we will discuss how to remove spyware from the Android phone. Lastly, we will discuss the action plan to keep your device protected of spy attempt from anyone in the future.

Part 1: How Can I Tell If Someone Is Spying on My Phone

1.1 How to Detect Spyware on Android Phone

Look for the following signs if you left your Android Phone with your jealous spouse, competitor or over-protected parents and your phone has started to act strangely since then.

Increased data use is the basic indicator for detecting spyware on your phone.

Most spy experts put ‘ higher consumption of batteries ‘ as the first sign of the potential spyware of the phone. I’ve kept it second. The reason for this is clear. Advanced spyware consumes minimal battery, so if you have a new phone (or battery) with clean apps, you can’t suspect spyware on your phone.

On the contrary, you can never be misled by increased use of data. The logic is that the spy app will send data from your device to the server. This data transfer will use the MBs of the internet.

You can check the application’s data usage by opening the menu ‘Settings’. Select ‘Data Usage’ now. This will open the app list and its respective usage of data.

So, this is a way to find out about the troubling app. First, charge the battery of your phone to full. Open apps one by one and have time to do the activity. You can quickly determine which app has started to drain your battery.

Random behavior of the phone

Until the intruding spyware, your phone worked perfectly well. If your phone has started to depict random behavior, this is an indication that some malicious program is interrupting the processes.

A professional and top-notch spy software would not impede the target device’s performance. However, a  poorly written spyware can cause a phone to malfunction.

This random behavior can include:

You receive some weird text messages containing symbols, special characters, abbreviations or codes. This may indicate an unsuccessful attempt to send remote commands to your phone.

Spyware can take a photo and record the audio of your surroundings.

Go through your phone’s ‘ Gallery ‘ and ‘ Videos. ‘ Look for any unfamiliar photos and videos. You need to be careful if your surroundings are recorded with a camera or voice recorder.

The call quality is sometimes poor due to electromagnetic interference. Whereas if you continue to hear background noise while talking to someone on call, it’s probably because an eavesdropper is silently listening to your calls.

While it’s not a common method, you can check your phone’s browser history. You can find the download URL if you have a spy app installed on your phone and the guilty party has forgotten to delete the browser history.

The ‘Last Activity’ details are another useful piece of information to help you know whether your phone is being used by someone other than you.

The activity details can be checked through your iPhone’s settings.

The last activity time is displayed by default for social media apps and email accounts. To see specific details, you can also install an event logger app.

These activity details can help you identify if a snooper attempts to access your records, social media or email accounts.

Although the above indications suggest that someone is spying on the phone, you will still need to use an AntiSpy or AntiVirus application to confirm the suspicions.

Also Read: How to tell if your phone is being tapped, tracked or monitored.

1.2 How to Tell If Someone Is Spying on Your iPhone

We understand that you are firmly convinced of your iPhone’s reliable security. Let us break the bubble and tell you that your iPhone can be tracked.

If you find apps you haven’t downloaded on your phone, there’s a likelihood that an intruder downloaded them on your phone. Spy apps mask their identity as games, productivity apps or others.

Particularly check for the Cydia app. If you haven’t installed it, but find it in your phone, it suggests your device was jailbroken for spyware installation. To secure it, update your phone immediately to the latest software update.

When someone logs in using your Apple credentials from an unfamiliar device, you will receive an email alert. However, if your dearest or closest phone spies on your phone, he/she may use a familiar device and you won’t get alert notifications.

Look for the signs

If your phone begins to behave strangely, look for the following signs to get a hint of spyware presence

Part 2: How to Stop Someone from Spying on My Cell Phone

You can take the following steps to stop someone from spying on cellphone:

The first step to stop someone from spying on a cellphone is to immediately uninstall the spy app.

Spyware comes with a ‘Keylogger’ feature that extracts the passwords of the accounts configured on your phone. It’s only wise to change your passwords immediately.

Make sure you don’t use your phone to change your passwords as they may still spy on you and get your latest passwords.

If you have an iPhone, change your iCloud credentials immediately and your iPhone’s activity could not be tracked any longer by the hacker. The reason behind this is that most spyware uses the target device’s iCloud credentials to use iCloud services to retrieve phone data.

However, there is still a chance that the guilty party has jailbreak your iPhone so that changing iCloud credentials alone will not address the issue completely.

You can also use spyware removal apps to remove spy software from your device. Malwarebytes, Anti Spy Mobile, iAmNotified – Anti Spy System, Certo and Norton AntiVirus programs are just a few examples to help you rid off the spy app.

Advanced spyware disguises their identity and misleads users. They can present themselves as games, apps for productivity, or a system application. It is therefore difficult for naive users to identify and uninstall the spyware.

As a solution, it is recommended to perform a system update and install or re-install the latest version of your phone’s operating system. Upon doing so, the spyware will be removed from the phone.

Part 3: How to Remove Spyware from Android Phone

You can remove spyware from Android Phone using the following options:

You can view and uninstall the unrecognized spyware app from the application list. Since the advanced phone spy apps hide their identity behind another name, you may not recognize the spyware. In this case, spy removal apps can be used

The simplest way to remove spyware from Android Phone is to restore factory settings to your device. If you are unfamiliar with the malware and spyware, factory reset is your option.

Note that restoring factory settings will make the device completely new and erase data. Take data backup, as needed, to restore it once the phone is cleaned.

Using the ‘ AntiSpy ‘ app is the best way to remove spyware from your device. AntiSpy software scans your phone for any applications that are malicious and spy. The hidden and advanced spy apps can be detected.

Here are a few steps you can take to prevent any such occurrence in the future.

TeenSafe Review 2021: Read This Before Buying It

How to Read text Messages from Another Phone without Them Knowing

Best Practices for How to Safely Browse the...

Top 10 Netflix Shows That Are Worth Your...

Anti-Money Laundering in the Years ahead: Evaluating Threats...

How Digital Marketing has Changed the World?

How to Find Hidden Apps on Your Phone

Can Someone Hack My Phone?

How to Tell If Your Cell Phone Is...

How to Know If Your Phone Camera Is...