Главная страница » Catch a Cheater » How to Catch Your Girlfriend Cheating

How to Catch Your Girlfriend Cheating

It’s heartbreaking. It’s painful. If you didn’t see it coming, it’s like a sucker punch to the gut. You have reason to believe your girlfriend is cheating on you. You’re angry, anxious, and hurting. What should you do?

First, we recommend making sure of the fact your girlfriend is actually cheating on you. By that, we mean gathering irrefutable proof. You may suspect she’s cheating, but you still need to catch her in the act.

You need to be sure before you confront her. Unfounded accusations will hurt more than help.

How do you gather evidence of your girlfriend’s unfaithfulness? There are several signs that you need to be on the lookout for. The phone monitoring tool Cocospy will let you spy on your girlfriend remotely, 24/7, and look for said signs.

Isn’t that unethical? Not if she’s cheating on you. You need to know the truth. If she isn’t cheating, you’ll owe her a big apology. Read on to find out exactly how to catch your maybe-cheating girlfriend red-handed:

Part 1: How to Catch Your Girlfriend Cheating

1.1 Is my girlfriend cheating on me? The top signs to watch out for

Sometimes it’s clear as day if someone’s cheating on you. At other times, it’s not as obvious. Observe your girlfriend’s behavior carefully before jumping to conclusions. Here are the top signs to watch out for:

Does your girlfriend suddenly have no time for you anymore? She may make up excuses. She may claim she’s working. Or that something important has come up. But if she keeps doing it, something’s wrong.

You always make time for people you truly care about. If she’s not spending time with you, she’s not invested in you anymore. It may be she’s found someone else to spend her weekends with.

Has there been a sudden decline in the intimacy the two of you share? If she’s avoiding intimacy, she’s not attached to you emotionally. It’s a clear-cut sign your relationship isn’t working.

Sometimes the lack of intimacy is just a passing phase. At other times, though, it’s a major point of concern. It may signal she’s found intimacy with someone else. She doesn’t need you anymore.

She’s not the person she used to be – at least when it comes to you. Maybe she doesn’t respond the same way to your words or gestures of affection. She may even stonewall you or give you the cold shoulder.

If her behavior has changed drastically, there has to a reason. Sometimes it’s a personal problem. But if it feels like she’s trying to shake you off, chances are she’s found someone else to be with.

Also Read: Is My Wife Cheating? 20+ Signs of A Cheating Wife

Does she constantly spend her time chatting away with someone, even when you’re together? Does she smile while doing it? Does she call someone for hours on end when she thinks you don’t notice?

If the answer to any one of these questions is yes, there’s a big chance she’s cheating on you. If she’s smiling like she’s a lovestruck, she is – lovestuck, we mean. Take a look at her phone, if you can.

She used to be committed to you – and your future together as a couple. Now she talks about being too young to settle down. You want to discuss the upcoming few years, but she’s not eager.

If she doesn’t want to talk about the future, she doesn’t see one with you. She doesn’t believe in your relationship. It’s very likely she’ll leave the relationship soon. She could already have.

Healthy couples exchange displays of affection. Being near that special someone makes you feel safe and happy. There’s hand holding, looking at each other, smiling often, and other signs of being in love.

But now she’s just not that into you. She may not be affected by your presence. Maybe she doesn’t get turned on either. It could be that you’re past the honeymoon phase. But she could also be cheating.

If she discusses stuff like open relationships and polyamory, she’s open to the concept of being with other people. It may fill you up with anxiety and betrayal, but it’s what she really wants.

Some people are just not good at being in a committed relationship with one person. Your girl could be one of them. If that seems to be the case, she may have cheated on you several times already.

Before, if so much as looked at a woman sideways, your girlfriend may have flown off the handle. But now, it’s like she doesn’t care one whit about your wandering eye.

If she doesn’t get angry or jealous when you’re around other women, not even a little, it’s because she has found someone else. She’s secure knowing someone else snatching you up won’t affect her.

Don’t Miss: How to Catch A Cheating Wife

When you started seeing each other, your girlfriend was happy to talk about her day. She told you exactly where she had been and with whom. You felt like you knew her habits and schedule as well as she did.

But something has changed recently. She doesn’t talk about what she did the night before or who she was with. If you ask her questions, she deflects, stonewalls you, and makes up excuses.

Has your girlfriend started picking up fights with you at the drop of a hat? You make the slightest mistake and it’s the end of the world. She’s aggressive, slightly mean, and doesn’t want to kiss and make up.

If she’s fighting with you too much, she’s looking to distance herself from you emotionally. She’s preparing to break up with you somewhere down the road and wants to make it painless.

Trust and honesty are the bedrocks of a healthy relationship. When your girlfriend starts to hide things from you and starts lying, you know there’s trouble on the horizon. There’s a reason for her behavior.

She could be seeing someone else secretly. Or she may feel unhappy with the relationship and is slowly distancing herself from you. Keep an eye out for other signs of a cheating girlfriend.

1.2 How the trusted Cocospy app allows you to catch your cheating girlfriend in the act

Cocospy is a trusted phone monitoring tool, used by millions in over 190 countries. The app enables you to remotely spy on your girlfriend’s smartphone. With Cocospy, you’ll know exactly what she gets up to – and with whom!

Cocospy offers several features that will enable you to catch your girlfriend red-handed, so to speak:

1.3 Installing Cocospy to access the dashboard and catch your girlfriend

Cocospy works with both target iPhones and Android devices. In both cases, it’s virtually undetectable.

The iPhone version of Cocospy is web-based and works without a jailbreak. You don’t need physically access to your girlfriend’s iPhone. There’s no need to download anything either. 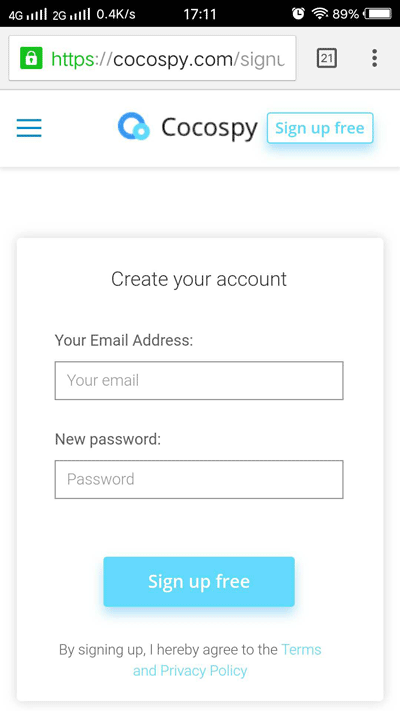 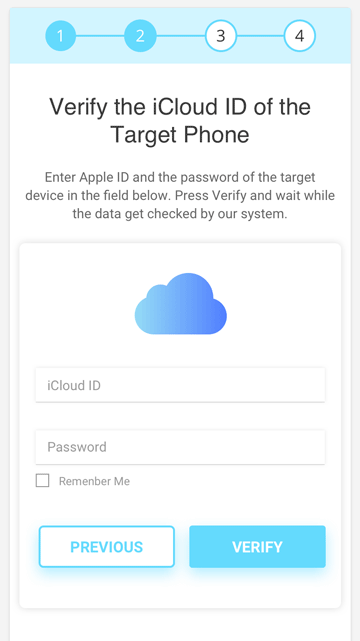 To use Cocospy with a target Android phone, you’ll need physical access to the target device. You will have to install a small app on it and change some settings. You don’t need to root the device.

The Android version of Cocospy runs in the background on the phone. It’s tiny at less than 2 MB. It doesn’t drain the battery or slow the device down in any way. Also, it’s next to impossible to detect.

3. Accessing the dashboard to catch your cheating girlfriend

After Cocospy is up and running, the dashboard screen will show up. You can access Cocospy’s various features to the left. 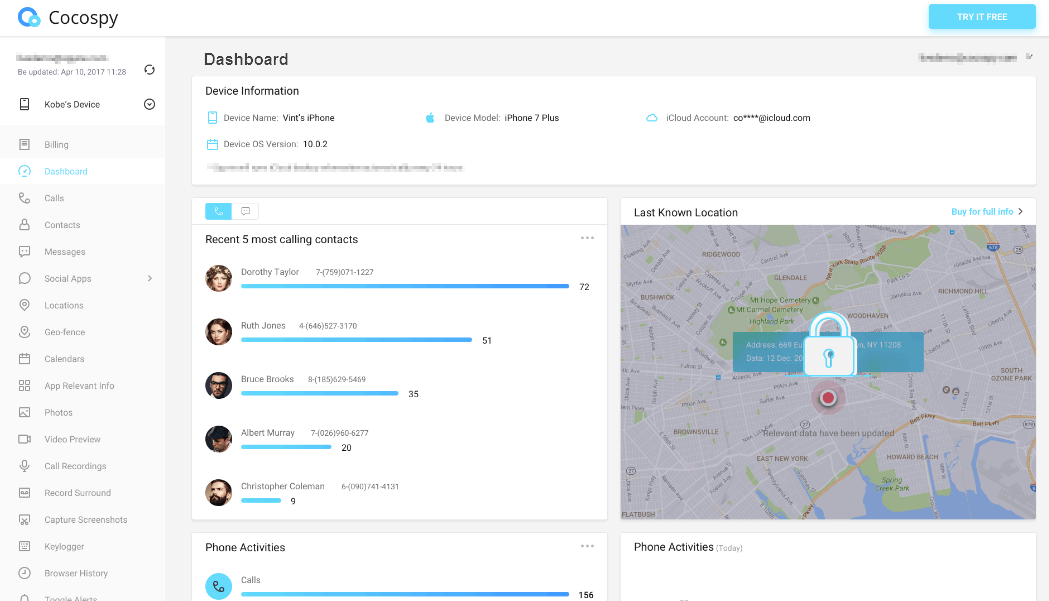 For example, click on “Calls” to bring up a detailed log of your girlfriend’s call history. Choose “Messages” to read her text messages, including the deleted ones!

If you find proof your girlfriend is cheating on you, we’re sorry. It’s a heavy blow. We have some suggestions for you that may help.

Don’t Miss: How to catch a cheater

Part 2: What Do You Do When You Catch Your Girlfriend Cheating?

Did you find proof your girlfriend is cheating on you? We recommend you don’t do anything. Don’t call her, confront her, or lash out at her blindly. Give yourself some time to calm down and think things through.

1. Ask yourself how you feel about her now

You may be feeling shocked and betrayed. If you were truly attached to your girlfriend, you may feel shaken to the core. You need to get a handle on your emotions. Go for a walk. Take time for yourself.

Give yourself as much time as you need. Ask yourself how you feel about her now. Do you want to continue with the relationship? Will you be able to trust her again? Or do you think you should move on?

2. Has she cheated on you in the past?

It’s a known fact that women who have cheated before are likely to do so again. If your girlfriend has cheated on you before, her doing it again shouldn’t come as a surprise.

If you’re looking for a committed, monogamous relationship, ask yourself is she’s truly the right person for you. If she keeps promising to change but doesn’t, she’s lying to both you and herself.

3. Talk to your friends and family

Surround yourself with the people who care about you. Seek out counsel from someone wise who knows the both of you. If you have loving support, you’ll be able to deal with the emotional betrayal better.

Your self-esteem may have also been shaken. But remember – cheating is always about the other person, not you. You are worthy of love. The people who are closest to you should help you realize that.

Don’t Miss: Snapchat Betrayal: How to Catch Someone Cheating on Snapchat

4. Be strong – remember your self-worth

You are likely to feel emotionally off balance. You may be willing to take her back if she just repents and apologizes. But sometimes you have to be strong, understand you are with the wrong person, and move on.

Some women repent, it’s true. But they’re repentant of the fact they’ve been caught, not that they were cheating on you. You need to figure out if your girlfriend is truly repentant and willing to commit to you.

Confront your girlfriend. Do it in private. Be calm beforehand. Don’t make a scene. Keep the evidence you’ve gathered about her infidelity handy. If she lies or pretends to be innocent, you’ll need it.

Observe her body language during the confrontation. Don’t try to shame her, belittle her, or push her away. But do tell her you know she’s cheating. And her behavior has hurt and disappointed you.

See how she reacts to you. Does she seem repentant about her behavior? She may want to give it another go. Does she get defensive or angry? Or is she indifferent about her cheating habits? She’s unrepentant.

6. Salvage the relationship – or move on

If she’s truly repentant, you could potentially salvage the relationship. But remember – it’s going to be a long-term effort. You will have difficulty trusting her again. Deep healing requires time and effort.

Think she’s not repentant? Do yourself a favor and move on. Work through your emotions and grieve if you have to. Don’t be afraid of leaving and never looking back. Giving her another chance will hurt you.

You may require counseling to get over her – or to make your relationship stronger. Surround yourself by people who care about you. Be positive. Remember that you’re destined to end up with someone who loves you.

How to Track an iPhone from an Android Phone

Is My Husband Cheating? 20+ Signs Your Husband...

Is She Cheating On Me? How to Tell...

How to Catch Your Husband Cheating

Snapchat Betrayal: How to Catch Someone Cheating on...

How to Catch A Cheating Wife

How to See Who Your Girlfriend Is Texting